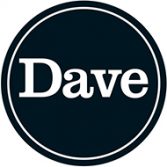 Back in time: Dave the Goliath

Few could have predicted the run-away success of Dave, a small digital channel that transformed into an iconic brand. Go back in time and read more about our 2008 Grand Prix winner – a brand that’s going from strength to strength.

UktvG2… Catchy? Memorable? Confusing? Who would have thought it would become the biggest television channel outside of the public broadcasters and watched by more than half the men in the UK, along with millions of women too.

When uktv reinvented its channel uktvG2 in October 2007, within one-month audience share increased by 35%, in 3 months they had attracted an additional 8 million viewers and in 6 months delivered £4.5m in profit. “One of the most successful TV marketing coups of the last decade” as John Plunked, Chairman of the Broadcasting Press Guild, called it. In a time when total TV viewing in the UK is down across all other networks, the rebranded channel continues to go from strength-to-strength many years later. That channel is Dave – the iconic brand Dave, the brand that feels like a friend, draws us in, has personality; makes us want to be a viewer.

Dave now reaches over 27 million people every month. By the end of 2013 it had grown share by over 20% on the previous year and has maintained its growth trajectory across 2014 and 2015. It is the number 1 non-PSB channel in the country. It is an unquestionable story of the power of branding and as UKTV’s Executive Commercial Director, Simon Michaelides, points out “We successfully created an iconic TV brand that is greater than the sum of its parts; with a purpose (“adding wit to your world”) that extends beyond the TV screen.” 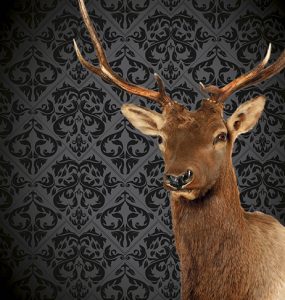 Back in 2007 the marketplace for small digital TV channels was becoming increasingly complex. The explosion of channel choice (over 470!), along with the arrival of on-demand services, was making channel growth intensely difficult to achieve. uktvG2 was a minor player comprised almost entirely of repeats, with no resources to buy new shows and in danger of being passed over and never watched.

uktv’s core objective was to increase the number of 16-44 year old men watching the network. Following a strategic review of the business, the company identified an opportunity for growth by reaching out to this lucrative target audience through Freeview, replacing uktv History’s Freeview slot with uktvG2. A straight swap would have naturally grown their audience, but the review identified some significant issues such as virtual invisibility and a confusing name, that would stop the opportunity being maximised and probably lead only to a short term ‘hit’.

It was clear from research that the programmes featured on the channel were strong – with viewers loving their content and the ‘intelligent and irreverent humour’ they shared – but the channel was weak. If they wanted to make a splash, they were going to have to work extremely hard. In a brave move, uktv and their appointed agency Red Bee Media identified how a strong design could play a powerful role in helping viewers navigate the congested TV landscape by signalling what they stood for. They were clear that they needed to think longer-term; that they needed to create a distinct, personality viewers could instantly recognise. They needed a brand.

Overturning conventions for traditional network branding, they set out a strategy to be more than just a channel – it was a ‘place’ to spend time with very funny men like Stephen Fry and Paul Merton – a surrogate, if you like, for being down the pub with their amusing mates. It would be the ‘home of witty banter’.

First, the decision was made that the uktv name needed to go, and, furthermore, letters and numerals were to be avoided when choosing a new one. For real stand out and personality a name that engendered passion was required. And ‘Dave’ was just that. It treated the channel as a friend and it gave that friend personality. What’s more, no other channels had called themselves a Christian name, ever. The creative invention came straight out of the insight – rather than present ‘Dave’ the person, they would present him as a ‘location’, with tone playing a critical role in communicating and reflecting the nature of their content – more ‘Stephen Fry’, less ‘Bernard Manning’.

And so the world of Dave was born. Engaging viewers with unusual situations and stories. Oil paintings, gilt frames, stuffed giraffes and zebras all helped to create a highly peculiar sense of place and introduced to the public an utterly compelling, adventurous, unique and ever-evolving brand. A brand that people became such passionate advocates of, that when surveyed, 53% of adults claimed to watch the channel weekly – a 100% overstatement of the actual weekly reach of 25%.

The brand was embedded at the very heart of the business and permeated throughout. With a brand refresh in 2014 (again by Red Bee Media), enabling Dave to extend the brand off-screen, the channel continues to thrive. As Simon Michaelides concludes of today’s ‘Dave’, “by constantly galvanising around a shared understanding of the brand identity, we collaborate to draw together the various parts, from the programming and the on-air look and feel, to the marketing communications, and wider activities such as Dave’s Leicester Comedy Festival and our award winning podcasts. Dave’s business performance is not only a sign of its strength as a brand, but is also a measure of how hard our external partners, and the various functions within our business, work together to build that brand.”

This article is an updated extract from Back in Time: Dave the Goliath from the first issue of the Design in Business magazine (Published 2015).

Joint number 1 non-terrestrial channel amongst their target audience within 5 months.

35% increase in audience share in just one month.
8 million additional viewers were added in only 3 months.
£4.5 million profit delivered in 6 months (growing from the 5th to 2nd most profitable channel in uktv portfolio).

People have become such passionate advocates of Dave that when surveyed:

53% of adults claimed to watch the channel weekly.
The actual weekly reach is 25% – a 100% overstatement.