DBA vote mirrors that of wider creative and cultural industries.

Next week sees the crucial referendum on whether the UK should stay or leave the European Union. When polled, 90% of DBA members stated that they would vote for the UK to Remain a member of the EU.

This closely mirrors the Creative Industries Federation’s (CIF) EU survey: CIF members voted overwhelmingly in favour to remain in Europe with 96% support for Remain, and 4% in support of Leave.

CIF is the representative body for all the UK public arts, commercial creative industries and cultural education. As a member of CIF, the DBA was asked to contribute opinion to the survey and we polled you, our members, to benchmark your stance to the UK’s membership of the EU.

The results of this were fed into CIF’s survey, which provided an important insight into the views of CIF members across the diversity of arts and creative industries.

The results were welcomed by the Prime Minister. David Cameron said: “When it comes to creativity, British talent and expertise has made this country the envy of the world. More than most, this is a sector that thrives on being open to the world outside. Whether it’s bringing in talent, filming on location or simply having access to the Single Market of 500 million people across Europe. The results of Creative Industries Federation’s survey are clear: we are better off in a reformed European Union than out on our own. To leave would be a leap in the dark.” 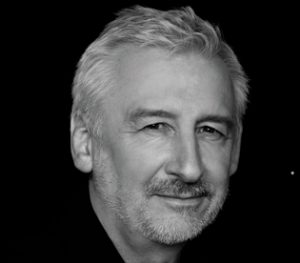 Says DBA CEO Deborah Dawton, “70% of our members export their design services overseas and maintaining access to European markets is obviously of major concern, with 90% of members citing this as a factor in their intention to vote ‘Remain’. With the UK design industry renowned globally for delivering both quality creative and commercial effectiveness, our members are clear that ‘Remain’ is the best option to ensure our sector can continue to capitalise on this reputation to trade ever more successfully in the European market.”

Sir John Sorrell, chairman of the Creative Industries Federation, said: “The UK creative industries are key to the way we are seen by the world and deliver a massive £84.1bn to our economy. Our position as a vital European creative hub is a huge part of this success – we benefit from a vast network of talented people, companies and institutions across Europe.”

On launch of the survey, the Prime Minister met with the Federation board members and other key figures from the sector to discuss the forthcoming EU referendum and the needs of the creative industries. The DBA’s membership of CIF and DBA CEO Deborah Dawton’s role on CIF’s Advisory Council continues to enable our members and the design industry to stand shoulder-to-shoulder with other arts, creative and cultural industries in proactively shaping the future of the sector, and to be at the heart of the discussions and decisions around policy matters that could directly affect DBA members.

36% of respondents were based in Greater London, with the others spread throughout England, Scotland and Wales.

Q. If you were asked to vote in the EU referendum today, how would you vote (on the basis of the needs and priorities of your business)? Should the United Kingdom remain a member of the European Union or leave the European Union?

90% Remain a member of the European Union

Q. How important is membership of the EU to the future of your organisation?

Q. Which, if any, of the following issues contributes to your current thinking on how you might vote?

For more information on the Creative Industries Federation click here.

DBA are members of the Creative Industries Federation.