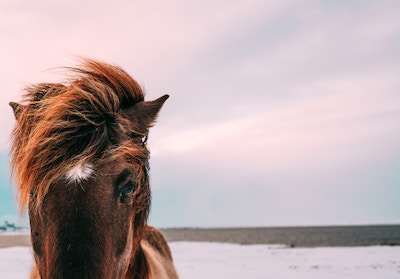 Quit giving the client what they want

“If I’d asked my customers what they wanted they would have said ‘A faster horse’.”

A mainstay of some agency new business conferences is a few highly coveted clients on the stage lecturing the agency audience on what they want from their agency partners that they’re not getting. While it would be foolish to dismiss these client entreaties out of hand, it would be just as foolish, I believe, to give them what they want.

Taking a cue from Henry Ford’s playbook, Steve Jobs famously said, “How will my customers know what they want if I haven’t showed it to them, yet?” It sounds like arrogant bluster, but he believed it and he was right.

I don’t have to cite the multiple studies that have proved human beings are terrible predictors of what they will like, I only have to ask you to recall that situation where you thought you won the pitch, because in the client’s words, “You ticked all the boxes,” only to lose out to a competitor who ignored the client’s checklist and proposed something radically different. We all know of examples of this and most of us have had it happen to us, whether we were the burned compliant rule follower or the one who challenged the client’s own ideas of what they wanted. 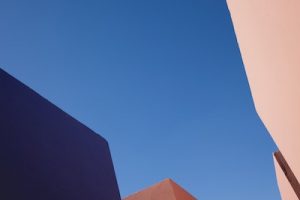 A friend who is undertaking a massive home renovation recently told me a story of briefing two architects on the job. Both he and his wife presented a detailed list of everything they wanted in the newly renovated home. The first architect came back with a design that ticked every box. My friends, the clients, were delighted. They didn’t think they could possibly get everything they had asked for. But the second architect essentially ignored the brief and did what he thought was best for the building. The design was radical. I think my friend used the word “shocking.” They took a couple of weeks to think about it and then went with the radical design, which not only didn’t check many boxes on their list but “scared” them and was 20% more expensive. That’s right, they paid a 20% premium for a scary solution that defied the brief.

This happens all the time. The lesson we take from it is not that we should never give the client what they want, but that often, when the client is constructing the brief on their own, they leave out things they haven’t considered or with which they have no previous experience. Those clients on stage telling agencies what they want are building those lists from their pasts. Most of their wants are about avoiding repeats of previous disasters. By indulging them the best you will do is “check all the boxes.” But who really wants to go through life just checking all the boxes? Not me, not you, and not even your clients.

In large, multi-layered firms, and in particular those where ownership is separated from management, the appetite to really challenge the client isn’t there. There may be one maverick in the business keen on it or perhaps even two, but off to the side and in the layers above there is always at least one person who sees their role as “don’t screw this up.” So that’s the approach the agency ends up taking on the opportunity: let’s give the client what they asked for and not screw this up. That is a key difference in the culture of an entrepreneurial business – and I mean that in the literal sense that the business is run by an entrepreneur who not only has skin in the game but may have all their net worth tied up in it – and a business run by managers who report to other managers who report to parent companies who report to holding companies who report to investors. The first has the authority and risk profile to challenge the client’s idea of what they want and the other has neither.

If you’re in the latter group and you find yourself competing against firms in the former and you’re not pushing back, deciding what’s best for the client in spite of how you’ve been briefed, then you’re failing to leverage one of your most significant competitive advantages.

And it’s not just the big boys and girls that fail to push back and routinely give the client what they want. Many entrepreneurial businesses behave this way too, for reasons of personality, ‘politeness’ or poor training.

Take a listen to Blair Enns and David C. Baker’s recent 2bobs podcast ‘What good clients are really looking for’, which delves into this further. Listeners on Twitter wanted to know what clients actually want from creative firms, so David makes a list based on his experience of what good clients want, while Blair’s reaction can be heard here.

Blair is on a mission to change the way creative services are bought and sold the world over. He is the CEO of Win Without Pitching, the sales training and coaching program for creative professionals, and a 25-year veteran of the business side of the advertising and design professions.

He is also the author of The Win Without Pitching Manifesto (RockBench, 2010) and Pricing Creativity: A Guide to Profit Beyond the Billable Hour (RockBench, 2017).