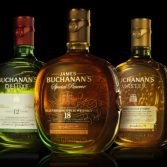 Buchanan’s first redesign in 23 years increased the whisky brand’s value by 20% in one year.

There’s a strong market for Scotch whisky in Latin America, receiving one in every six bottles exported from Scotland, and Buchanan’s was doing well in Mexico and Columbia. But it was starting to lose relevance as the world of whisky was changing. More young, aspirational, middle-class drinkers were turning to the classic spirit, and Buchanan’s was struggling to appeal to this emerging market. Its bottles and labelling were starting to look out-dated and no longer communicated its premium quality, being one of the most expensive bottles in the deluxe whisky market.

An aroma for change 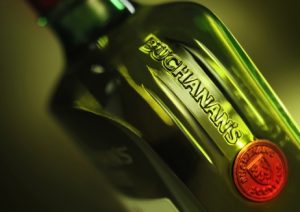 Boasting such a rich history and a beautiful story, Buchanan’s still wanted to retain its powerful brand but with a fresher, more contemporary look for its range.

forceMAJEURE got under the skin of the brand to unearth the real story of James Buchanan, a well-regarded philanthropist who established the company. They visited the Dalwhinnie Distillery to discover the archives and bottling facilities and draw more from its history. These insights formed the inspiration and basis for the range’s new brand, bottle and secondary packaging design.

A homage to heritage

Four key elements were focused on to bring out the heritage. First, they took inspiration from the original label, which featured a legal document outlining the contract to supply whisky to the House of Lords. Second, they chose to adopt a canteen-shaped bottle that has long been a symbol for sharing as they mirror the WW1 water canteens. Finally, they wanted to include the James Buchanan seal that represents quality and authenticity, and the colour green, which harks back to the lush green landscape of Scotland.

With these ideas in mind, a new design was created. They used his signature and stamps to act as a seal of approval for every bottle. A new cap mechanism was added that literally breaks the seal to create a ritual experience. An ingenious embossing of the family crest at the back of the bottle can be seen from the front. These all create a premium feel and look, uplifting the brand.

While the new bottles have a contemporary vibe, the clever instillation of Buchanan’s history elevates its heritage and gives the brand extra weight and importance. 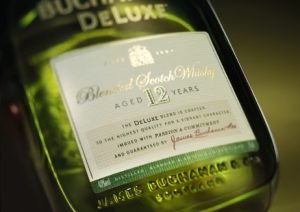 Following the redesign, Buchanan’s has been reinvigorated. It has seen a 23% increase in value in Mexico and a 52% growth in value in Colombia in the space of a year. In the US – the largest market for the brand – value growth is up 9%. Overall, brand value has expanded by 20% and an 8% increase in volume in key markets has been seen.

Importantly, brand distinctiveness has increased by 20%. This has helped it to receive more interest and demand from both customers and consumers alike, which has allowed Buchanan’s to enter new markets and has driven further penetration.

About the Design Effectiveness Awards