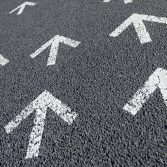 The DBA’s Annual Survey Report – the most in-depth financial benchmarking report for the design industry, analysing the fees, salaries, utilisation, income, recovery rates, benefits, and trends of DBA members – was launched this month.

The Report shows that confidence levels across the industry have returned to pre-EU Referendum levels with 67% of agencies expecting a rise in income; this is against a backdrop of a growing appetite in Government to support the Creative Industries.

Although trading conditions continue to be tough and Brexit negotiations are uncertain, design is increasingly being recognised by Government as pivotal to the economy and in driving innovation and growth. Sir Peter Bazalgette’s Independent Review of the Creative Industries for Government published in September, highlighted that in all scenarios of what the UK’s future economy could be like in the 15 to 20 years ahead, the Creative Industries are of central importance to the nation’s productivity and global success.

Says Sir Bazalgette, “Not only are the Creative Industries themselves likely to grow as a proportion of our economy, other industries rely on creative disciplines – such as Design and Advertising – to thrive. The cultural and creative sectors are the engine of the UK’s international image and soft power.”

This assertion to growth is reflected by design industry trends, as found by the DBA’s Annual Survey: 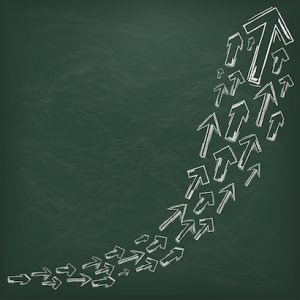 • Average gross income generated per head has grown by 3.8% to £89,992 (up from £86,700 in 2016). (NB this figure includes freelancers as well as permanent staff to give a realistic representation of how income is earned)

• 67% of agencies are expecting an overall rise in gross income over the next 12 months, with 18% expecting a rise of over 10%.

• Many agencies are looking to ‘staff up’ over the coming 12 months, with 56% of agencies planning to expand their workforce. 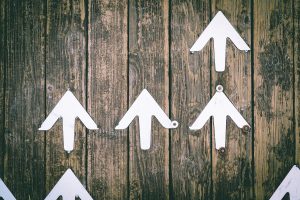 • Over three quarters of respondents have a positive outlook on their business’ health: 77% reported that business was ok or doing great and growing compared to 65% after the EU Referendum vote in 2016.

• And the number of businesses that are concerned about business health or are struggling to stay in business has dropped: Down from 17% in 2016 (post Referendum) to 9.5% in 2017.

• In a further sign of confidence, a majority of staff are likely to receive pay rises in the coming year: 79% of senior staff, 81% of middleweight, 83% of junior.

Says DBA CEO Deborah Dawton, “We are seeing that in the current economic and political landscape both Business and Government are placing ever greater value on design’s intrinsic capabilities to solve complex challenges and deliver competitive advantage. As confidence in design investment grows, so should the confidence of the industry itself grow and despite difficult trading conditions, it’s heartening to see this being translated into a positive business outlook by DBA members, as demonstrated by the findings of our Annual Survey Report.”

The report analyses in detail design agency fees, salaries, utilisation, income, recovery rates and benefits to enable DBA members to benchmark their businesses as well as helping them to develop pay and benefits strategies to attract and retain the best talent.

If you’re not yet a DBA member and would like to join to access the Report’s findings, call the membership team on 020 7251 9229 or email membership@dba.org.uk

“The DBA Annual Survey Report is essential in helping us to benchmark what we pay our staff and what we charge clients, in order to remain competitive.” Andy West, Director, MultiAdaptor

The Report is supported by Pegasus Systems.