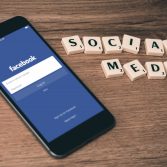 How well does your agency perform on social media? Does it reflect your agency brand accurately? Does it lead to incoming enquiries? How well do you compare to other agencies on this channel? These are some of the questions agency bosses ask themselves from time to time. Answers are hard to come by. There is much talk around social media, much breathless excitement around its potential, but very little in the way of hard facts.

There are plenty of broader statistics. If you want to know how many hundred millions are using social media, or the smartphone penetration rate among 18-24 year olds globally, or the exponential growth in dollars spent on social media advertising, the facts are there. But when it comes to the specifics of how design agencies are using this channel, how well they are achieving their objectives, and perhaps most importantly advice on how a design agency can use social media as a tool for growth, there is very little out there.

Getting the facts on social media

So, we decided to change that. We analysed how more than 200 of the leading agencies – drawn from the Design Week Top 100, the Campaign Top 100, as well as agencies from the global groups not represented in those lists – are using social media. We looked at which platforms they use, how frequently they post, how many connections or followers they have on each platform, and how much that network engages with them. We also spoke to 50 agency leaders to get their views – what they do on it, what they hope to achieve from it, how well they achieve those objectives, and what, if anything stops them being more successful.

Some of the responses were as we expected. It came as little surprise, for instance, that almost all agencies are on Twitter and LinkedIn, or that there is a wide range in performance, from the likes of BBH with its 100k+ Twitter followers, highly active and engaged pages on Facebook, Instagram and LinkedIn, and nascent YouTube presence – right through to many agencies with barely any presence at all.

Some, though, were more surprising. Perhaps the most striking finding was that whilst half are not getting what they want out of social media and the greatest obstacle for them is time (68%) rather than budget (20%), only 4% employ a specialist social media team member, and not one works with an external partner on social media.

It is not that agency leaders see no potential benefit here. The agencies we spoke to clearly understand this. Five or ten years ago there were still many agency bosses who saw social media as a distraction, an amusement for Millennials, or a passing fad. Now, there is a widespread recognition of it as a space to communicate market positioning, to make connections, and to grow a business.

Everyone you want to influence, from new business prospects to potential hires, will look at your social media presence. Agencies are using it to recognise and publicise the best work their team is doing. Others use it to get noticed by influencers like journalists. Those at the cutting-edge are actively engaged in social selling. 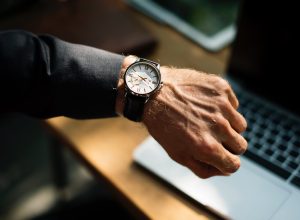 There is much that social media can do to aid agency growth and it is not that creative agencies see no potential here. It is simply that they lack time. More specifically it is time in two areas.

Firstly, they lack time to work out the precise mechanics of engaging on all the different channels (36%). This is about getting answers to all those nitty-gritty questions like are tweets with images better, or should my LinkedIn posts have links, or how do I use hashtags on Facebook, or how often should I post, or is it ok to retweet or does that just look spammy, or when is the best time to post, or what about image rights on social media?

Secondly, they lack time to create the content to post on social media (34%). This is getting an answer to the simple question: what am I going to say?

So, we’ve produced the Red Setter Guide to Social Media, which concludes by offering a seven-step process for creating your agency’s social media strategy. Our report on social media is aimed specifically at creative agencies – it offers facts not hype, and it offers straightforward practical advice to help you overcome those obstacles, and to maximise the potential of social media as a tool for your agency’s growth.

The full Guide to Agency Growth through Social Media can be downloaded here.

Leading PR and new business agency for the creative industries, Red Setter is based in Brighton’s North Laine. Its team of 20 senior marketers, journalists and PR professionals work with some of the world’s best creative agencies helping them grow their reputations and win major new accounts with global brands.

Its writers work with clients to create high quality thought leadership, and it then ensures widespread distribution of that content across a wide range of channels – from coverage in national newspapers and leading sector press, right through to practical workshops for clients on mastering the practicalities of social media. 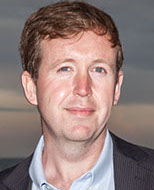