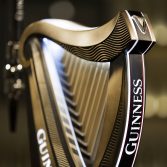 Having been overshadowed by competitors, Guinness restored its impact at bar with the disruptive new Hero Harp fount, which has won Diageo, Bompas & Parr, Design Bridge and Dolmen the prestigious DBA Design Effectiveness Awards Grand Prix.

The eye-catching design was so sought after by bar owners that within 20 months 22,860 British outlets had installed the new founts, dramatically exceeding the 30-month target of 13,000. 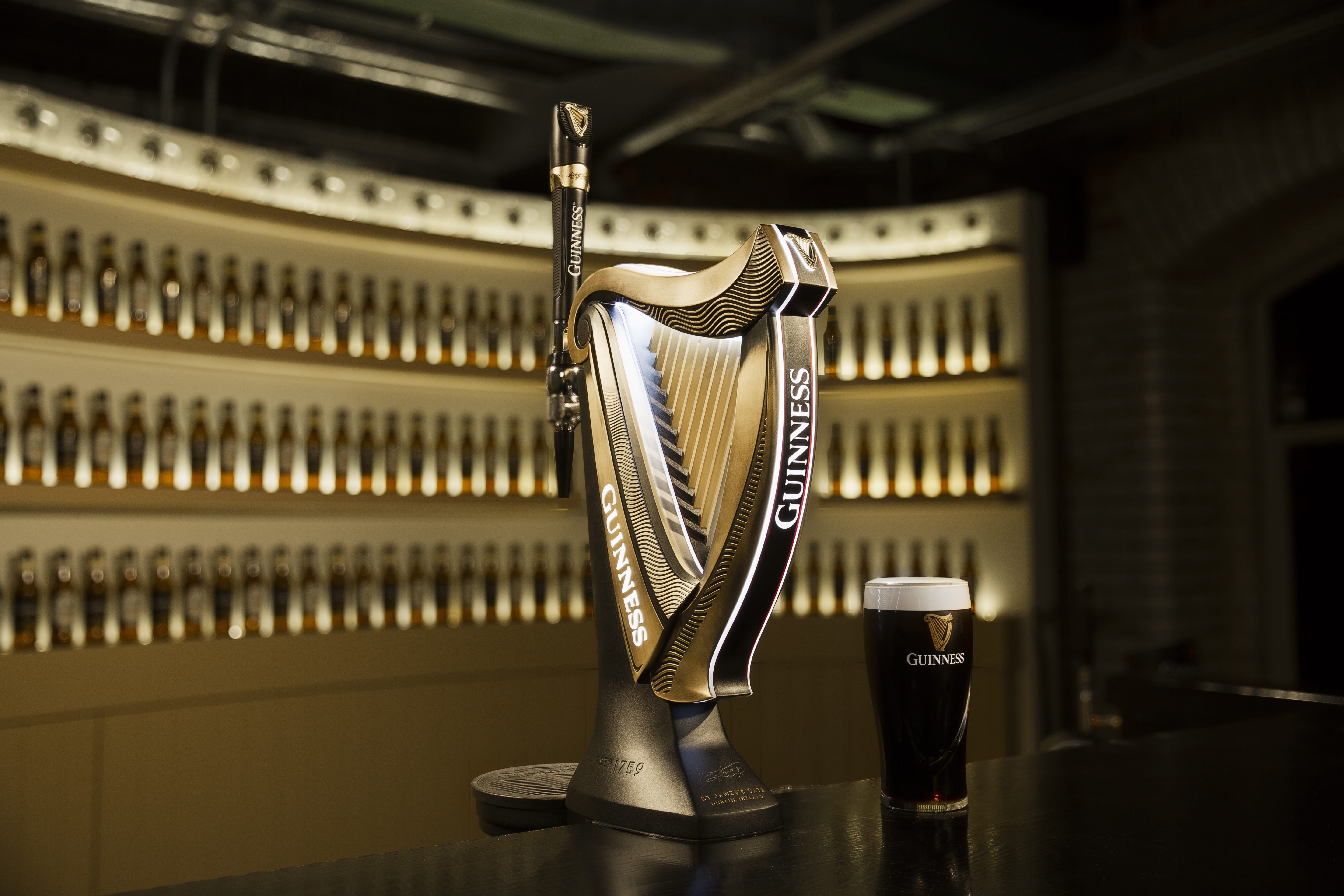 Guinness Draught is an iconic beverage, but its presence at bar had been diminishing. The number of Guinness Draught branded on-bar tap units (countermount founts) had been falling year-on-year in the on-trade, down from 28,000 in 2015 to 22,000 in 2017.

In on-trade environments, the battle for consumers’ minds is right at the point of purchase, and more prominent, eye-catching competitor founts were dominating. Guinness Draught’s position was being questioned by bar owners. With bar-tops increasingly crowded and curated, multiple big brand beers had been relegated to T-bar units and this was becoming an increasing threat.

Relegation would be bad news for Guinness; sharing space on a single, wide T-bar with as many as six other brands would minimise the opportunity to express its brand personality and reduce the impact of the perfect-pint pouring process for Guinness Draught. 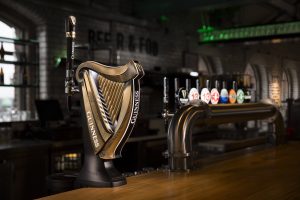 To attract drinkers at that crucial decision moment at point of sale, and to stave off relegation to the T-bar, Diageo wanted to create a more visible, premium and characterful fount design, whilst at the same time targeting 1.5% volume growth per outlet taking the fount, to pay back the investment.

The design would need to persuade bar owners that installing the new fount would significantly increase Guinness sales. With the design solution also needing to fit in with the existing structural mechanisms used across all Diageo beers, and to cost no more to manufacture than previously, Diageo collaborated with three agencies to meet these objectives. Bompas & Parr, Design Bridge and Dolmen worked across different stages of the project, from the initial concept and design development, to industrial and technical design for manufacture, jointly creating the ‘Hero Harp’. 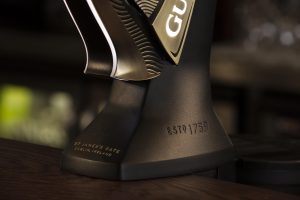 The fount’s distinctive, imposing shape distinguishes it from other beer brands. It is unmistakably Guinness, inspired by one of the brand’s strongest and most recognisable brand assets – the Guinness harp. The fount’s elevation, quality cues and illumination deliver maximum visibility and presence, drawing the eye of drinkers even at a distance. And impressively this is achieved even within a narrow footprint, which is a key consideration on crowded bar tops.

The disruptive Hero Harp fount design delivers a sense of hand-crafted quality. It revitalised Guinness Draught’s presence in the on-trade, by restoring its impact and appeal at the bar. The fount is also 10% cheaper to manufacture than its predecessor, which enabled Diageo to vastly exceed return on investment targets; more units could be installed without changing the initial capital expenditure budget.

Following its launch in February 2018, 75% more of Guinness Draught’s founts were ordered by British outlets than target in the period to October 2019. Significantly, 4,860 British outlets originally projected to move the brand to a shared T-bar, instead installed the Hero Harp.

The fount helped drive Guinness share growth in outlets where it was installed in Great Britain and Australia, with sales significantly above expectation in the year after launch.

Originally created for the British and Irish markets, the Hero Harp was so well received by other markets that within 20 months, 45,928 had been ordered globally, leading to an accelerated roll-out of the founts. 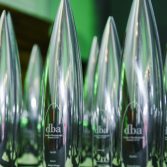 Founded in 1989, the DBA Design Effectiveness Awards recognise impactful, wide-ranging examples of design that have had a tangible and measurable impact upon business and societal success. Judged by a broad range of business leaders and entered jointly by client and designer, the Awards draw focus onto design’s strategic and commercial value to business and society.

To read about all of the Gold, Silver and Bronze DBA Design Effectiveness Award winners 2020 announced at the ceremony on Wednesday 3 June, or for details of next year’s awards programme, go to www.effectivedesign.org.uk