What goes around comes around

“People often ask me why I do it. The answer is simple.”

Informally mentored by Sir John Sorrell, and a mentor now himself, Elmwood’s founder Jonathan Sands speaks from the heart and from experience about the vulnerability and value of being both mentee and mentor. 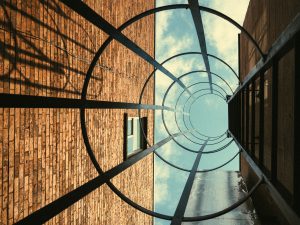 I approach a ’significant birthday year’ next year, the sort of birthday that makes you sit back and reflect on your career journey. When I look back on mine there are two things that stand out as fundamental truths.

First I realise just how ridiculously low I set my own bar for success. I never went to university and landed my first role in the ‘creative industries’ on the bottom rung of the ladder at eighteen as a ‘gofer’ in an Ad agency.

I did everything from filing job bags after hours on an evening, to laying the agency’s new carpet tiles one weekend when they were moving studio. I worked hard to show willing as I genuinely believed that my career ceiling was pretty low and as a result I just had to work harder than anyone else to get anywhere.

I believed that if I was able to earn around £6,000 a year (I started out on £2,200 PA) and have a basic Vauxhaul as a company car, then I’d have made it. These were my genuine aspirations, albeit perhaps slightly ridiculous looking back now.

But herein lies the second fundamental truth which as the old saying goes… ‘the harder you try the luckier you get’. Hard work gets you a long way.

Usain Bolt says that winning the Olympic Gold Medal was easy, but the hours and hours of training were brutal. Success may seem easily won from the outside, but it rarely comes without real endeavour and going the extra mile.

Hard work however isn’t just about toil. It is about putting yourself about, hanging out at every type of event and getting to know people who just know so much more than you do. 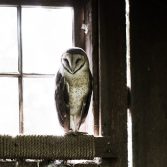 I was lucky bumping into Sir John Sorrell in my early years. As I was no threat to him or his business, with Elmwood in those days being something of a jobbing design studio on the outskirts of Leeds, compared to his fully fledged international design business. I guess he put a metaphorical arm around me.

He was the Chairman of the DBA at the time and in those early days of the DBA they needed some representation outside London. So there was a mutual benefit in hanging out. John was never an official mentor but there is no doubt that he did mentor me for many years, helping me improve my ‘Creative Eloquence’ and introducing me to the industry proper.

In short, he helped me mature into the profession and I feasted on his wisdom. He encouraged me onto the Board of the DBA where I then met the likes of Sir Ken Grange (a founding Pentagram Partner) who asked me to succeed him as DBA Chairman and John Larkin from Design House, who taught me all about pub branding (their specialism at the time).

What you quickly learn about this industry, is that it is full of generous people who will help you unreservedly if they can see that you are also like minded and prepared to give equally of your time. 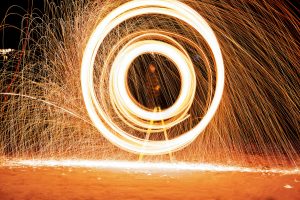 Today, some may say that my mentoring journey has come full circle as I now am the mentor rather than mentee to a number of businesses through a number of networks including the DBA’s Twenty/Twenty programme, where I mentor a great design business in Ireland called Dynamo. I also mentor students through my role as a Visiting Professor at Huddersfield University.

In so doing, people often ask me (not realising my background and debt to my mentors) why I do it. The answer is simple and is that I continue to learn, as in my head at least, I am still the mentee also.

This life is an ongoing learning journey. When I was starting out I would look up in awe at the likes of John Sorrell thinking, ‘I am not worthy’. Today I realise that young guns may be slightly intimidated by me in return, but what they don’t realise is that I feel equally vulnerable, as I know very little of their world and use these moments to help me understand the next generation.

DBA Twenty/Twenty pairs rising industry leaders with established design pioneers for a 12-month one-to-one mentoring relationship. Why not think about what development you need right now, or what insight you can give back to the design industry. Find out more and apply by 11 December 2020 to be part of the programme next year. 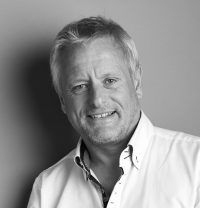 Jonathan Sands, Owner & Vexillifer of the brand and packaging agency Elmwood, working across a long list of sectors including FMCG, B2B, government, sport and media and with studios around the world.