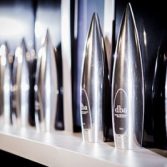 Top of the League

With design effectiveness engrained in all that they do, Elmwood scooped five more Design Effectiveness Awards at the ceremony to add to their already burgeoning trophy cabinet. Two Gold wins, one Silver and two Bronze awards saw them retain their position at the top of the League Table with the most impressive cumulative performance of an agency in the Awards over the last three years.

Elmwood took home Gold Awards for their collaborations with Procter & Gamble and also with Homeward Bound.

With a vision to increase the influence of women in climate change decision-making, Elmwood and Homeward Bound created an emotive identity and message ‘Mother Nature Needs her Daughters’. The rallying cry sparked conversations globally: over 450 million media impressions have been achieved to date with no media or advertising spend, earning the movement the most media coverage recorded for women in science, ever.

Our planet in our hands 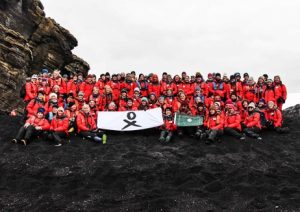 Homeward Bound is a ground-breaking project aimed at advancing the role of women in science. They had a huge mission on their hands – to increase the influence of women in climate change decision-making.

The representation of women in science global leadership roles is a minimal 15%. When you consider that these decisions impact how our planet is affected, it’s obvious why women who have focused their careers on science and the environment were frustrated. They wanted to see change. They wanted to increase diversity in leadership teams to share more ideas on tackling climate change.

The initiative saw a team of women embark on a year-long awareness programme, followed by a 20-day expedition to Antarctica. It’s the only global network of women devoted to changing the way we care for our planet, and the ambition is to recruit 1,000 women over the next 10 years to create a powerful network that influences the gender balance in policy making. 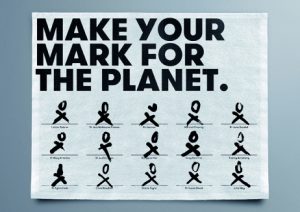 To gain significant outreach and change perceptions of women in science, they needed a brand identity. It was essential that it highlighted how women can lead climate change conversations, and engage hundreds more to join the collaboration. It needed to be emotive and uplifting, both for women and men.

Starting with the symbols for male and female and weaving the idea of ‘X’ being a kiss and ‘O’ being a hug, agency Elmwood created a strong visual sign that speaks to both genders. Hand drawn, it’s easy to recreate, and acts as a pledge.

They also went one step further, creating an overarching idea to drive the campaign. This headline, ‘Mother Nature Needs Her Daughters’, became the rallying cry for the brand, establishing a unified voice. It enabled them to go beyond the power of the brand to start conversations and galvanise women from all backgrounds. The idea was brought to life through videos that asked, ‘What would you do if your mother was sick?’. 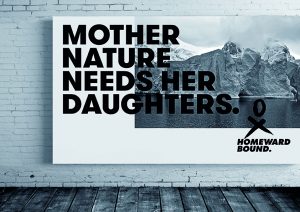 In the first month, the campaign reached 76 million people. To date, it has reached over 450,000 million – and that’s with no advertising or media spend. It is more than the cumulative media coverage recorded for women in science – ever.

The expedition featured in a 2016 documentary, Beautiful Minds, which investigated what the world would look like if more women had a seat at the leadership table. Homeward Bound has since been selected to be part of an initiative that connects films with philanthropists looking to positively change the world.

Gender power balances are starting to shift, too. Since the programme launched, Deborah Pardo, one of the participants, has been nominated as one of the 20 most influential women in France. A future participant, Adriana Humanes who generated significant media coverage on the back of her involvement with Homeward Bound, was invited to act as a commentator and adviser following an oil spill in Trinidad.

Hundreds of women from more than 10 countries have been added to the waiting list for the second expedition, which is going to be recorded in a new book.

View all of the 2018 winning case studies at effectivedesign.org.uk and sign up to receive details about entering the Awards via awards@dba.org.uk