Elmwood Chairman, Jonathan Sands talks about why they hold the notion of effectiveness and the Effectiveness Awards in particular, so dear.

All design agencies love to win awards and clearly some awards more than others. However there is an opposing view (and often from clients) that awards are not that important and at best, just self-congratulatory. I fundamentally disagree.

Awards are about professional pride and a competitive desire to be the best in your profession. More pragmatically award tallies attract the best young talent as students find award league tables an easy start point for their first salvo of job prospecting applications. When I started out on my design career at Elmwood we hadn’t a gong to our name. I remember vividly being almost star struck by businesses like ‘The Partners’ and ‘Lewis Moberly’ who year in year out topped the creative league tables. They inspired me to strive for awards and to do better work of our own.

And then came John Sorrel (now Sir John) and Newell and Sorrel (now part of Interbrand) who, as the then Chairman of the DBA, conceived the Design Effectiveness Awards. And as a young director of the DBA myself under John’s watch, I became fascinated and almost transfixed by the notion of measuring the impact of design beyond the subjective aesthetic.

Measuring effectiveness would after all provide me with a mechanism to help me better articulate the benefit and value of my craft to clients as well as a defence against personal tastes and prejudices. I remember when ‘The Jenkins Group’ won for the redesign of Victoria Coach Station that the measures were not just financial but qualitative. Better signage had helped reduce the need for passengers having to ask where to find their bus and better station layout had reduced accidents.

But more than this, it helped define our process. We started to be far more challenging at a project’s outset. We began to really probe as to why a client was actually doing what they were doing and what their real success measures looked like. In turn this helped us to make sure that briefs up front were robust, and KPIs clear and deliverable. Even to the point where we started to turn down projects if we didn’t believe that the outcomes were realistic.

As a consultant the only thing we have to sell is our integrity. If we aren’t being true we are just taking the money. And in my 30 years of experience the truth always wins out and even those clients you push back against in the main, respect your call and more often than not come back for more. In one case we turned down a £2million project as a result of our firmly held convictions, only to win the work six months later when our stand proved to be the right one.

Today we are very proud to stand at the top of the DBA’s Design Effectiveness League Table just as Newell and Sorrel did. And I have no intention of giving up our spot lightly. Indeed as yet, and even with some good clear water between us and second place, we still have no Grand Prix to our name. I shall not rest until that tick is in the box.

But my hope more than anything is that our position provides the next generation to even greater success and to push our industry on again in the same way that John…Sir John did 20 years ago. Our profession is still terribly undervalued by government and yet provides the secret to our GDP growth. And so it is my most heartfelt belief that the DBA Design Effectiveness Awards need to be continually embraced and amplified to remain a dynamic influencer for good within our world.

Elmwood have been member of the DBA since 1988. 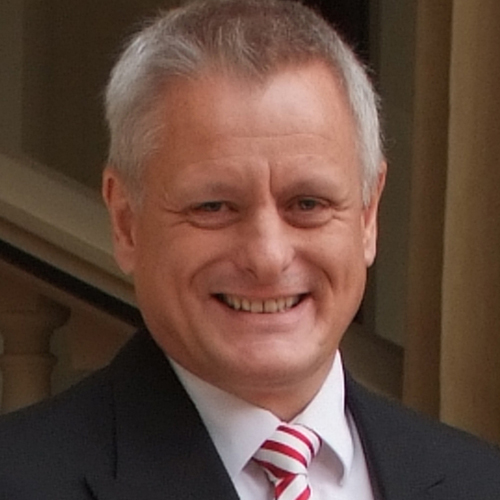 Jonathan Sands is Chairman of Elmwood, a brand design consultancy renowned for winning more DBA Design Effectiveness Awards than any other consultancy in the history of the scheme.

In 1989 Jonathan led a management buyout of Elmwood, at the age of 28. His work now takes him all over the world to clients including GSK, Heineken, Danone, Loblaw and Tesco to name but a few. Originally based out of one office in Leeds, the consultancy has since opened offices in London, Melbourne, New York, Singapore and Hong Kong.

In 2013 alone Elmwood has been voted the best design business for client satisfaction in the RAR poll, the most successful agency of the last 12 months by The Drum magazine, number one for creativity in its core disciplines in Design Week’s poll, whilst also retaining the number one spot in the effectiveness league tables. Jonathan was also given Yorkshire’s Business Leadership award in Insider magazine’s Growth 100 awards.

View all of the winning case studies from the DBA Design Effectiveness Awards and find out more about the awards.