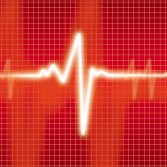 Investing in design is not just good business sense. Design’s ability to change people’s behaviour, to motivate and engage can have far-reaching, positive effects for society. Here are two powerful examples we love, of how design can save lives. 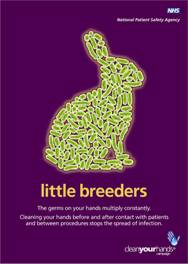 The ‘cleanyourhands’ campaign wiped away the competition taking the Grand Prix at the 2005 DBA Design Effectiveness Awards.

The campaign was the first of its kind, aiming to improve hand hygiene on a national level across the NHS, in order to reduce incidence of avoidable infections such as MRSA. The objective was to make sure NHS staff cleaned their hands correctly at the right time in the right place, preventing potentially life-threatening healthcare associated infections.

Research had shown that hospital staff (on average) were cleaning their hands less than half the number of times they should. With healthcare associated infection causing at least 5,000 deaths a year and 30% of infections preventable, this poor level of hand hygiene was placing patients’ lives in danger.

The award winning ‘cleanyourhands’ campaign, with its clear and simple messages and bold, eye-catching designs, initially piloted in six acute trusts and delivered a massive 241% increase in hand hygiene compliance in hospitals by engaging and empowering patients to take an unprecedented level of voluntary involvement in improving hospital hygiene and in changing the hand hygiene behaviour of healthcare staff. 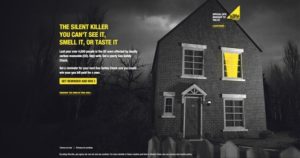 Brand and communications agency The Team, worked with the Gas Safe Register to create a life-saving campaign that went on to win Gold at the 2014 DBA Design Effectiveness Awards.

Following checks on the safety of gas appliances in 1,616 homes in the North West of England, the Gas Safe Register found that nearly one in five were unsafe and posed an immediate threat – potentially resulting in gas explosions, fires, escapes or CO poisoning if left unchecked.

Too many people were failing to have their gas appliances checked. Gas Safe Register needed a high-profile campaign to assert their role in helping change the behaviour of people towards gas safety for good.

But how do you make an invisible, odourless and tasteless threat live in the mind of the target audience?

It was not a simple design challenge presented to agency The Team, who had to get into the heads of ‘a cynical and complacent audience’ set, and then convince them to do something about it. They needed to motivate the audience to question their own complacent behaviour.

Using the single-minded, emotive idea of ‘The Silent Killer’ enabled The Team to create a ‘suspense thriller theme’ that 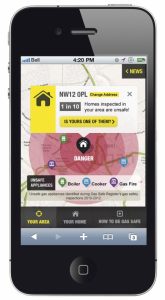 worked across all creative assets. Every design asset was carefully crafted from this central idea. The Silent Killer is an enduring solution that has found a way into the hearts and minds of a previously dismissive audience.

The campaign hit home: in the period June-September 2012, only 6% of the target audience (dismissive, skeptic households in the NW of England) claimed they had had their gas appliances checked. This increased to 18% in just five months following the campaign – a threefold increase, and a dramatic change in consumer behaviour.

This equates to an additional 53,424 households protecting themselves from the devastating impact of unsafe gas work and appliances – and (with one in five inspections on average identifying unsafe gas works or appliances) in effect translates to 10,600 households that were potentially at immediate risk of harm, motivated to get their home’s gas safety checked as a result of The Silent Killer campaign.