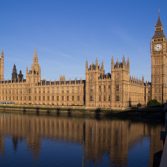 Design and the UK’s Industrial Strategy

The announcement of Prime Minister Theresa May’s Industrial Strategy Green Paper in January, with its inclusion of the creative industries as one of the five key sectors open to direct Government support, was welcomed and gave us opportunity as an industry to respond vigorously, to secure government support and ensure the best future for the UK design sector.

Design is central to the British economy, helping to drive innovation and improve productivity. Recent research by the Design Council shows that the design economy alone contributes 7.2 percent to the total UK economy.

Central to the submission is the message that ‘Design does not exist in isolation’. It works across all levels of the economy, allowing for innovation to take place in sectors ranging from agriculture to robotics. As Britain prepares to leave the European Union, it is vital that design is seen both as a major contributor to the British economy in its own right, as well as a driver for growth in terms of both commercialising innovation and manufacturing.

In order to secure the best possible outcome for the UK economy, the DBA, APDIG and BIDA held an open consultation with the design sector, requesting their views on how the Industrial Strategy should work to:

• Embed design principles at the heart of British industry

• Work towards a targeted sector deal for the creative industries

In carrying out this consultation – the DBA, APDIG and BIDA asked six open questions to members. Full details of which can be read in the submission.

The role of design

The DBA, APDIG and BIDA’s submission calls for the Government to think carefully about the role of design and its potential contribution to a positive future for the British economy.

In developing a good working relationship with the design profession, the new Industrial Strategy can work to support and reward this vital sector of the economy, giving it the potential to grow itself, and to facilitate the development of businesses in both a sectoral and regional way.

The submission also calls for the Industrial Strategy to recognise the unique characteristics and tendencies associated with the design sector. In particular:

• It’s a diverse sector comprised of a range of firms, ranging from large-scale conglomerates to microbusinesses and independent consultants.

• Design is often under-represented in statistics and government discussions owing to its ‘hidden’ nature, oftentimes within other sectors of the economy. IBM, for example, employs 1600 designers in-house in the UK but they are included within the employment statistics of the Technology Sector and not Design.

• Growing the UK’s manufacturing base by improving or creating new and innovative products which has a major knock-on benefit to their supply chains and the export potential of growing businesses.

• It encompasses nearly all sectors of the economy – from agriculture to management to robotics and AI.

• Design is a cross-cutting enabler in business – working from the inside out across the entire supply chain for major manufacturing projects.

• Crowdfunding increasingly forms part of the business plan for many businesses and agencies.

• It’s a sector in which UK is world-leading and which also provides a huge amount of ‘soft power’.

The submission outlines that in all these areas design is the perfect sector to assist in increasing the UK’s competitive nature – achieved both in terms of itself, as well as designers working to increase efficiency and drive innovation for other sectors of the economy.

You can read the submission in full here.

With thanks to all those who contributed valuable comment to the consultation.

In January, the Government announced a consultation into building a new industrial strategy, where the public sector works with private companies to promote economic development. The initial views of the government outlining the way forward have been published as a so-called Green Paper, which is available here.

The strategy has highlighted Ten Pillars, summarised below, that show the range that the new set of industrial policies will focus on:

The Government announced that the Creative Industries will form one of the first five specific “sector deals”.