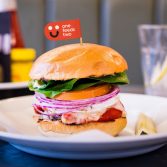 One Feeds Two: Rethinking the meaning of good food

From a one-man-band to a global charity that has delivered 3.7 million school meals to children in poverty, One Feeds Two has shaken up the congested charity sector through developing a credible brand that’s gained buy-in from national partners.

As its success continues to snowball, with One Feeds Two launching in the US this autumn, we take a closer look at this DBA Design Effectiveness Award winner and its movement for happier meals. 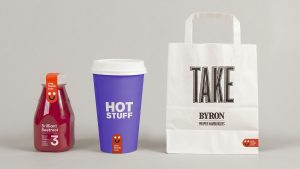 In 2014, JP Campbell, a man with a soup van in Edinburgh, had an idea that would help tackle child hunger in poorer areas. What if hunger could feed hunger? This was the very question that led to the birth of One Feeds Two – a model that saw JP donate school meals to children in poverty for every soup he sold. Yet, despite JP delivering 40,000 school meals through his sales, he was determined to scale the concept in order to feed more of the 66 million children who go to school hungry everyday worldwide.

Recognising that this was a mission too big for one person, JP partnered with The Clearing in order to help One Feeds Two snowball and raise awareness among consumers to deliver a mighty one million meals. Furthermore, the goal was set to engage one national food company and one retail chain to adopt the One Feeds Two mark within their own business models.

However, the team and JP were faced with several barriers. Firstly, One Feeds Two needed a clear unifying positioning as the concept was being articulated in a number of different ways, and its language needed to be more motivating and memorable. On top of this, One Feeds Two was caught within the congested charity sector – a sector in which many find they are discouraged by common guilt trip tactics that tug on people’s heartstrings.

What followed was a complete rebrand of One Feeds Two that transformed an old design that was too literal, lacked stand-out and confidence, into a clear symbol of quality – the smile.

Not only was the smile logo placed across all packaging and media to help promote One Feeds Two’s concept, it also challenged the guilt-tripping notion of the not-for-profit industry. Instead, the logo represented the good side of giving and highlighted how even the smallest actions, such as buying a meal, can have far-reaching positive impacts.

The new brand identity soon convinced national food company Cook to adopt the concept within its own business model, and after spotting One Feeds Two’s eye-catching design on The Clearing’s Facebook, Byron Hamburgers also jumped at the opportunity to become a partner. Relationships with Higgidy Pies and Mindful Chef were also developed, with 73% of the school meals delivered attributable to partnered companies. 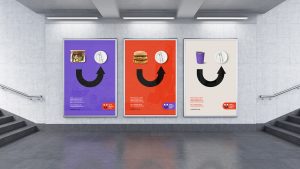 Awareness for One Feeds Two has gone through the roof. Website visitors increased by 291% in the first three months after brand launch. Facebook followers and page views increased by 20% and 170% respectively.

Most importantly, in the first three years after the brand relaunched, 2 million school meals were delivered versus a target of 1 million – and this figure now stands at 3.7 million in 2018. Over, 10,500 children have been put through school because they are no longer spending their days working or searching for food.

In the words of Sir Richard Branson, One Feeds Two is “a great example of using business for good”.

A DBA Design Effectiveness Award win represents independent and authoritative recognition of the value of your work and will enable you to powerfully demonstrate your ability to deliver competitive advantage through design.

The 2019 Entry Pack is available at: effectivedesign.org.uk  The entry deadline is: 5pm GMT, Friday 30 November 2018

The Clearing and One Feeds Two won a Gold DBA Design Effectiveness Award. You can read the full case study here.