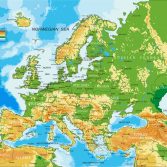 The DBA was asked by the Department for Digital, Culture, Media and Sport (DCMS) to undertake a survey of its members to explore issues around employing non-UK nationals now and post-Brexit.

DBA members responded to the survey this summer, and the Association has submitted its findings to DCMS, in order to help inform their ask of the Home Office in relation to the immigration needs of the Creative Industries as the UK prepares to exit the EU.

The results of the DBA survey for DCMS demonstrate, that when it comes to immigration policies, design businesses are less concerned about accessing cheaper talent, or specific skills shortages in the UK – their priority is the ability to continue to compete effectively in the global marketplace, which requires access to a culturally diverse workforce of world-class talent at all levels of experience. Ever increasing numbers of international clients are commissioning UK design agencies, and a key factor is their understanding of the complexities and cultural nuances of those businesses’ marketplaces; an understanding which ensures the delivery of high quality creative and commercial results.

For DBA members, the top ‘asks’ of a new immigration system included:

DBA member Kinneir Dufort articulate the impact Brexit is already having on their business:

Kinneir Dufort’s characteristics of respect, pioneering openness and curiosity are rooted in multi-culturalism.  Over half of our work originates outside of the UK, with a greater proportion targeting international markets. Techniques such as ethnography and contextual analysis kick off our understanding of the opportunities for tomorrow’s products and experiences but our diverse team of 12 nationalities are the cornerstone to unlocking successful delivery and growth in that international arena.

This isn’t about skill sets, this is about imperative credibility and diversity. Two years ago we were celebrating our global reach through our Queen’s Award for Export, now we are reassuring our international team on their value, whilst not yet understanding the raft of implications to follow.

British design is not only world leading, but is also central to the economy, helping to drive innovation and improve productivity. The design economy alone contributes 7.2 percent to the total UK economy and currently employs more than 1.5million people. Design impacts all sectors of the economy and touches every aspect of our lives through the products and services we use.

For the future prosperity of the UK and on going growth of the design industry, the DBA is focused on securing support and recognition for the sector in the government’s long-term plans so that design is rightly seen as a major contributor to the British economy in its own right, as well as a driver for growth in terms of both commercialising innovation and manufacturing.

Says DBA CEO Deborah Dawton, “UK design has earned a formidable global reputation, built on the depth and quality of talent and expertise found across the sector, which – as the DBA survey for the DCMS clearly shows – benefits from being a culturally diverse workforce. An immigration system that considers the country’s business needs, and encourages future growth and competitiveness is imperative.”

The survey was completed by 21% of the 440 DBA member agencies. DBA members employ over 6000 staff in total.

There is a possibility that the survey appealed more to those DBA members who employ EU staff because their business is directly impacted by changes to immigration policy and they wanted their voice to be heard. However, the spread of agencies that responded matches the general demographics of the DBA membership as a whole so this is not deemed to be too statistically important.